The Ski Week Aspen trip was panic booked quickly after I got back from The Yacht Week. It was much cheaper, closer and FOMO is a real thing.

Most people flew into Denver because flying into Aspen can be pricey. From Denver, you have the option to either take a bus or rent a car for the 4 hour trip to Aspen.

Erin and I rented a jeep and began our road trip for Aspen.

Can We Apres Yet?

The lodging was great. Our condo was two stories, with a balcony and had plenty of space. We rushed to unload all of the groceries so we could get to the party ASAP.

We headed to Snowmass Base Camp and began reuniting with old friends, whom I met 4 months ago, and making new ones. Day turned into night, the party moved upstairs, and it was nonstop champagne showers.

Hair of the Dog

The next morning, I headed to the hot tub for a quiet pint with the lads. Drinks were drank, belly’s were flopped, and the group started to dissemble. It was happening. People were going skiing… SAVE ME.

Let me just tell y’all… I am a terrible skier. I’ve gone 4 times in the last two years and it never gets easier. I’m just not an athletic human being.

I might not be able to ski but I looked damn good trying (and apres-ing), thanks to RacySuits! I fell in love with their Confetti Cap, too. ADORBS! You’ve gotta check these neon booty beauty’s out. Connect with them on Facebook for updates on all their newest designs! 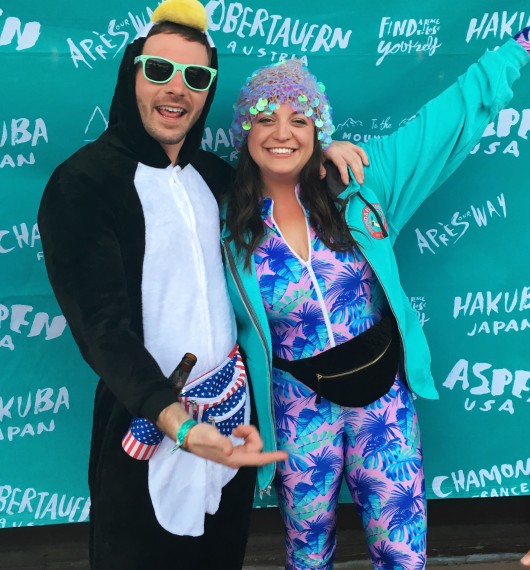 We Paid to do This

Apparently, the only way to get to the next party was to ski. So, after encouragement and peer pressure from friends, I decided to go for it. Next thing I know, we’re on a lift heading up to a blue.

The journey down quickly turned bad. Speed is my enemy and I just couldn’t do it. Chelan and Erin were quite far in front of me and guardian angel must have been watching, because that’s when Lloyd showed up. 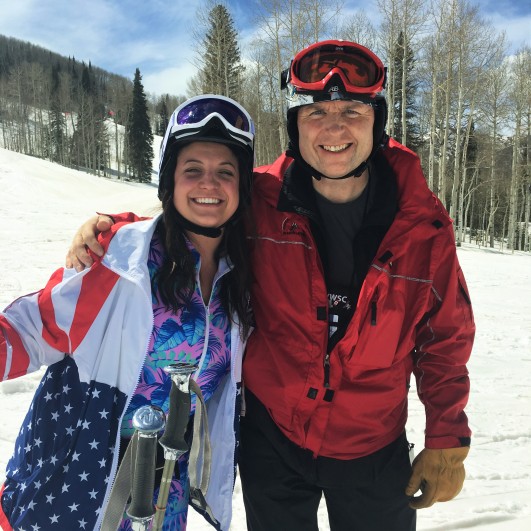 Lloyd was in town from Canada teaching disabled veterans how to ski. He asked if I needed help getting down, gave me some energy chews and started giving me lessons. At one point, I was hugging him from behind with my skis in-between his riding down the mountain. Chelan and I were dying laughing.

God bless Lloyd because I was aggravated, tired, and pissy, yet he remained very patient.

We arrived to the Long Table Lunch to find out that it was already over, which means we also missed the Parade of Nations. During Parade of Nations, a group skied down with various country, state and Armed and Hammered flags.

After missing the first two events, all there was left to do was ski down to the bottom. YAY! When we finally made it down, I told Lloyd I owed him a drink… and my life.

We grabbed a drink with his friends and on that day I was reminded that there are still good people in this world.

After grabbing a beer with Lloyd, I dropped off my skis and took the lift up to Venga Venga to catch the Torchlight Night-Ski. A bunch of badasses skied by as I cheered from the sidelines… AKA bar.

There was nothing but good music from party to party. The Ski Week did an awesome job selecting the DJ, Anna Korsgren. She brought her A-game all day, everyday and always had us tearing up the dance floor.

While the party was ending at Venga Venga, it was just getting started at Babe Manor. 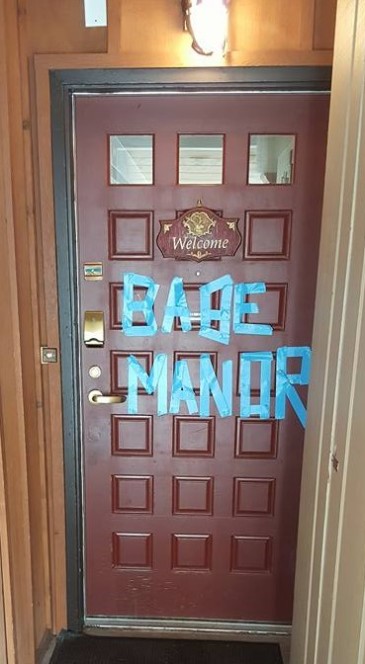 Just behind that door… that was where the real magic happened during TSW. It was the condo party of all condo parties. Babe Manor was full of fog, lasers, tasers, good vibes, and solid music.

I decided not to ski on Saturday. Surprise, surprise! Regardless, I put on my American Flag ski suit and headed to Highlands Base for the Pond Skim. TALK ABOUT EPIC. The Pond Skim was one of the coolest things I’ve ever seen.

Recently married Kathryn surprised Eric in her wedding dress, ready to face the Pond Skim! Conditions were rough and she ended up not skiing but, she looked great and the thought itself was epic. 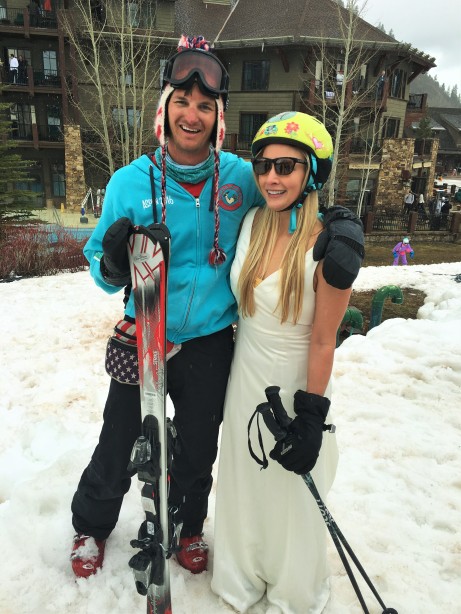 Dressed to impress, we spent the afternoon at Highlands Alehouse.

After a day of running around in socks and dancing on tables, it was off to the condo to prepare for our final night in Aspen.

All it took was a generous amount of fireball, and I was ready for Escobar. I never thought we’d be clubbing in Aspen, but there I was in my pineapple dress, silver tights, and neon rain boots dancing the night away.

Lasers, fog machines and great music… what do you know, we were back at Babe Manor. Our crew went out with a bang, like always, when the cops showed up to shut down the party. Do you even rage, bro? In conclusion, yacht parties > condo parties.

These trips and friendships are hard to put into words but once you experience it, you don’t want it to end. Just like The Yacht Week, I was constantly making unforgettable memories with the most amazing people.

Thank you ERIN KIRKPATRICK and assistant, Kaelee for the amazing photos!

And for you all you crazy animals that I had the pleasure of spending this insane week with, this is for you….

Check out The Ski Week for more info!

Packing Tips for The Ski Week